A report released on 7th October 2019 has shown than CO2 emissions equivalent to 100,000 family cars were released in 2017 and 2018 because of poor standards in some UK fridge recycling plants.

The independent study commissioned by AO and carried out by Anthesis Group, analysed data submitted to the Environment Agency (EA) from UK fridge recycling plants. The research included data from eight plants that fall under the EA’s jurisdiction, however a number of fridge processors did not provide data for analysis for various reasons from not being requested to falling outside of the EA’s jurisdiction.

AO’s plant in Telford topped the list with 100% capture rate of targeted greenhouse gasses over the two years since opening the plant which in 2018 held a 21% market share of fridges processed. AO Founder and Chief Executive, John Roberts, said that “Now more than ever, recycling is important to our customers and the only way we could guarantee standards was to own the process so we invested millions in AO’s recycling plant. Anthesis’ findings justify every penny.”

“This is exactly why we are proud to work with, and support AO with their ongoing efforts in the sector.”

Blowing agent is a gas used to create bubbles in the insulating foams used in fridges and freezers. The report revealed that many licenced operators appear to have reported collecting much less blowing agent than they theoretically should. As shown in the charts below, 327 tonnes of blowing agent were captured in 2017, equating to 59% of the amount supposedly available – in 2018 this decreased to 51%. 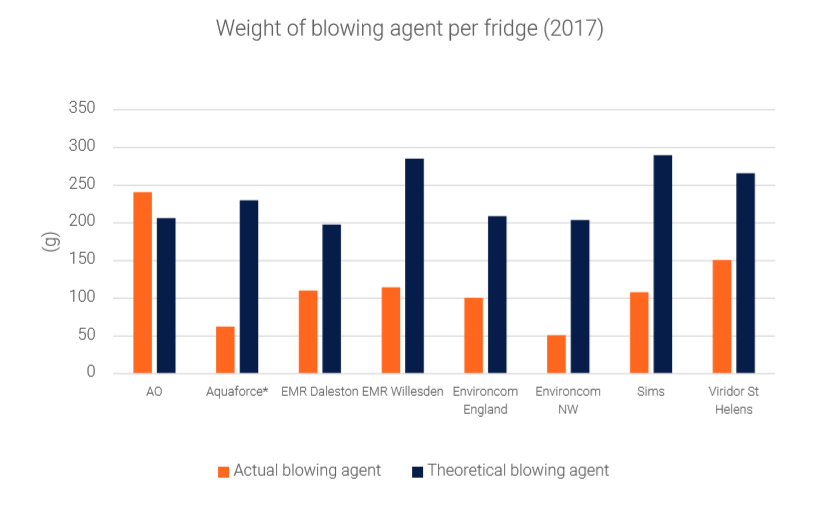 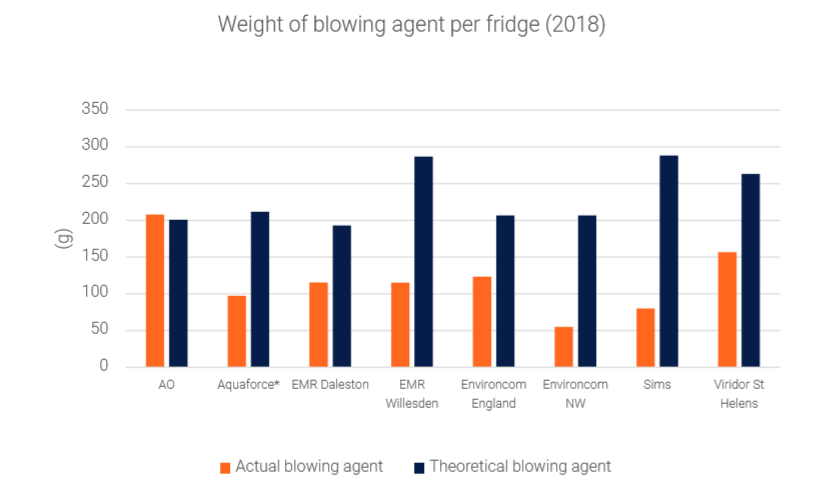 Anthesis has stated that this research demonstrated that the reporting from fridge recycling plants is imperfect, and “indicates that performance is low”.

John Roberts explained that failure to meet standards could be causing unnecessary environmental damage and that AO “are not prepared to turn a blind eye to poor practice”.

He added, “This study is a wake-up call for the industry to do the right thing: recyclers should meet the standards, retailers should take an active interest in their recyclers’ performance.”

You can read the report on AO’s website here.